It’s always fun to see what a filmmaker can accomplish within budgetary limits, especially when it comes to genre films. There have been countless instances of pre-production concepts that were either discarded or altered during principal photography, editing or even during the screenwriting phase because the producers had to pinch a few pennies and cut a few corners just to get the movie made. One of the fundamentals of low-budget filmmaking is knowing what’s necessary for your story, which can be a great asset to the creative process and an efficient way of maintaining the film’s budget. A textbook example of this type of cost-effective film production is the infamous Italian director Luigi Cozzi’s 1980 Alien cash-in, Contamination. 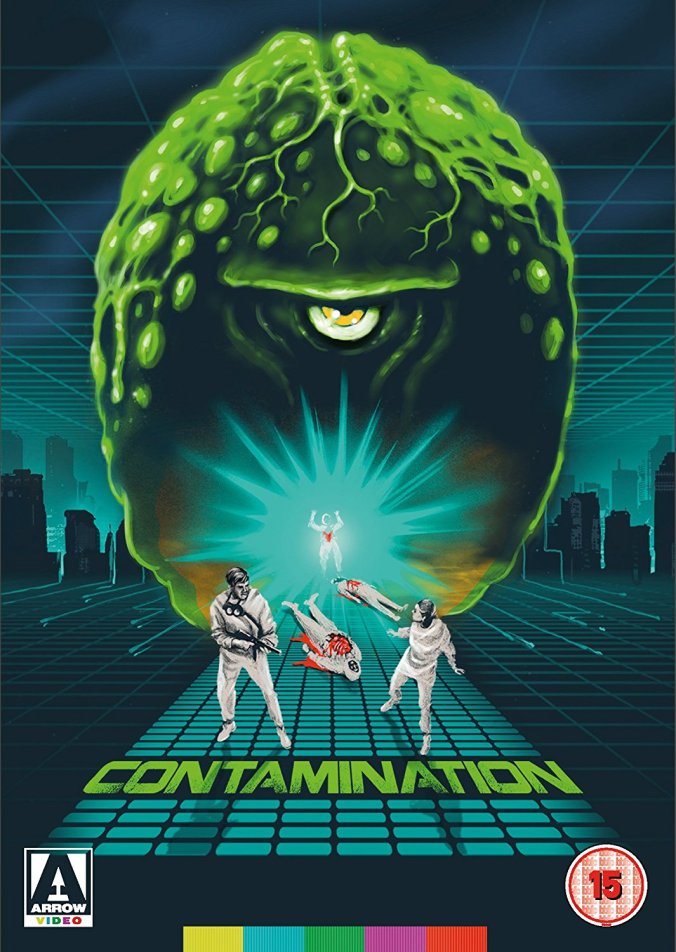 In this sci-fi splatter-fest, an investigation of a seemingly deserted ship that washed ashore near New York Harbor leads to the discovery of a slew of strange alien eggs and the decimated corpses of the passengers who fell victim to the deadly toxins that the eggs secrete. This chain of events leads a government agent (Louise Marleau), a former astronaut (Ian McCulloch), and a NYPD lieutenant (Marino Mase) into the web of a genocidal extraterrestrial menace. Due to its low budget, Contamination resembles nothing more than an alternate universe version of Alien that was made on the cheap in the sixties by Herschell Gordon Lewis or Guy Hamilton. To be fair, Cozzi and his crew put their limited resources to good use. Instead of the lived-in, claustrophobic interiors of the Nostromo and the congeniality of its crew, the cast of Contamination attempts to project an aura of sophistication while they fight masked henchmen and wander around big cities, beautiful villages and James Bond-esque military bases and secret labs. Although the pacing is a little too languid to be truly thrilling, some of the other elements of the film more than make up for it, including the believable chemistry between Marleau and McCulloch, the appropriately disgusting design of the chief alien creature, and the intense synth rock score by the Italian band the Goblins, who are best known for their collaborations with the innovative horror director Dario Argento.

In conclusion, if you crave a creepily chaotic cavalcade of campy creature carnage, consider Cozzi’s Contamination.