It’s only fitting that the Bootleg Bug Hunt series ends on the 40th anniversary of the release of the groundbreaking sci-fi horror thriller Alien. Throughout this series, I’ve looked at some of the strangest and silliest low-budget movies that attempted to exploit the popularity of Dan O’Bannon and Ronald Shusett’s creation in a multitude of ways ranging from bog-standard horror films with a freshly applied coat of science fiction paint to psychedelic, visually impressive space operas. The subject of the final Bootleg Bug Hunt review, 1985’s Creature, is planted firmly in the former category but it may be one of the better examples of Xenomorphs-ploitation you could ask for. 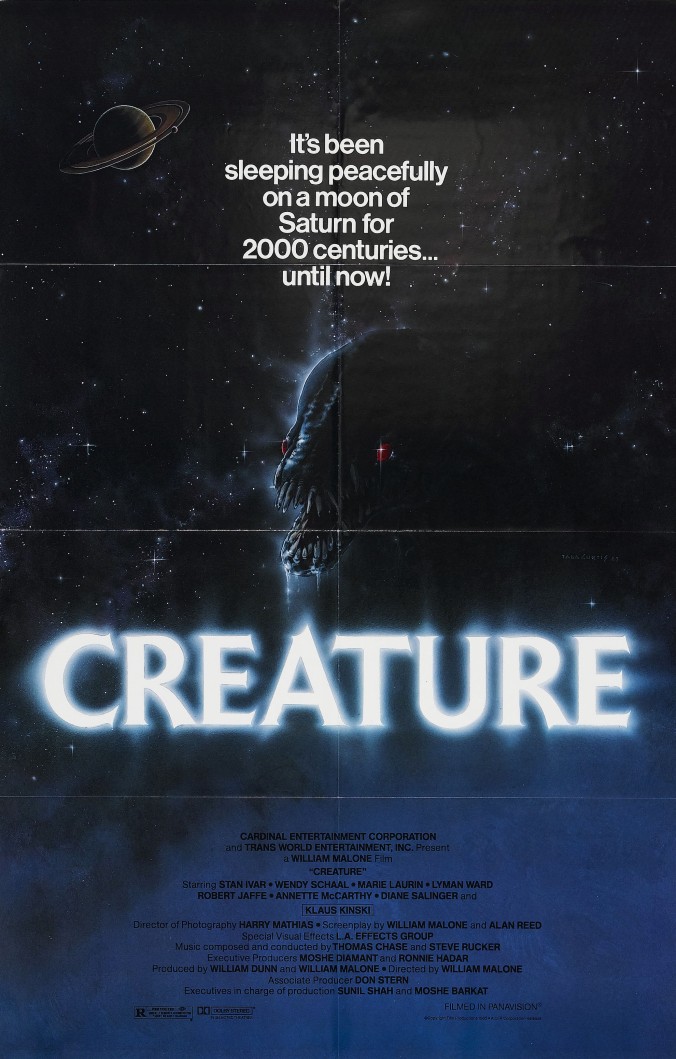 The sandworms from Beetlejuice are back with a vengeance!

Creature shows us the fateful voyage of the Shenandoah, a vessel owned by a futuristic multinational corporation, as its crew undertakes their mission of exploring a mysterious laboratory located on Titan, one of Saturn’s moons. Along the way, they answer a peculiar distress signal and discover a member of a rival company who was stranded on the moon by a dangerous alien monster that controls the minds of its victims with parasites. Of course, Creature shares numerous similarities with Alien but the most surprising element that it imitates is the corporate intrigue. The first act of Creature spends some time setting up NTI, the company the crew works for, as well as its rivals before the main story kicks in. In theory, this could have been a great way to set the film apart from other Alien knockoffs but the concept isn’t given a lot of emphasis or closure in the narrative. Furthermore, thanks to its derivative design and clunky motions, the titular creature is somewhat disappointing. Fortunately, William Malone’s energetic direction, the impressive makeup effects, Thomas Chase and Steve Rucker’s spooky score and some solid performances from the cast are enough to make up for undermining a potentially more riveting story. The standouts in the acting category include Diane Salinger (Pee-Wee’s Big Adventure) as an icy security officer, American Dad’s Wendy Schaal, who brings much needed humanity to her shallow role as an audience surrogate, and character actor Lyman Ward, best known as Ferris Bueller’s father, who provides a bit of dignity as one of the corporate heads of NTI.

I’d give Creature a chance if you have a taste for a decent sci-fi B-movie. Despite its formulaic nature and routine script, it still delivers its fair share of thrills and chills.

One thought on “Bootleg Bug Hunt: A Carrot From Another Planet”